DEFENDING OUR CHILDREN AND OUR WORLD

The Global Women’s Strike (GWS) is hosting this outdoor picket, delighted to be joined by Frack Free Knitting Nanas Lancashire, Stanstead 15, Mental Health Resistance Network, English Collective of Prostitutes, WinVisible, Women of Colour Global Womens Strike and more.  Info below, you are welcome to contact us on win@winvisible.org

Info from Global Women’s Strike about the afternoon events:

Films include: Journey with the Revolution and Enter the Oil Workers which the GWS made about the Bolivarian Revolution, and The Revolution Will not be Televised. Hosted by Decolonising Our Minds and Payday men’s network.  All welcome.  Supportive men are invited to contact payday@paydaynet.org

WE ARE FOR: the financial recognition of unwaged/low waged caring work in the family and outside

WE ARE AGAINST: the hostile environment, the forced separation of children from their families, poverty, unequal pay, sexism, racism, Islamophobia and all forms of discrimination, rape and domestic violence, exploitation, detention and deportation, climate change …

WHY THE HIGH COURT? 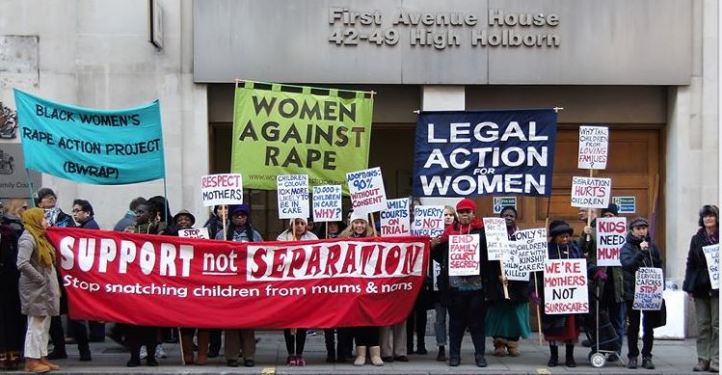